Order blue and red deck together and receive a special discount!

VIZAĜO is inspired by my range of whimsical teapots and bowls, where bold lines and segmented colour defines the character and personality of each face. I spent almost a year on the artwork for this deck, enjoying every step of the road; from detailed line drawings in ink, through to the completed artwork in colour. This deck was made possible (in printed form) thanks to the amazing support of 209 backers on Kickstarter in July 2017, which helped raise funds to have both the red and blue deck printed in true quality by Legends Playing Card Co. A total of 2400 decks came off the printing presses in December 2017 (1200 in each colour). As most of the printed decks were allocated ‘homes’ during the campaign, I am delighted to still have a small number of decks available in my store.

Where does the name come from?

VIZAĜO [Vi-za-joh] – is the Esperanto word for Face. These decks are all about celebrating the joy of cards, whether treasured for play or to put on display. I also like that Esperanto was a language inspired by a desire to connect and bring people together :)

Can I get a Signed Deck?

Yes, I am happy to sign your deck. Please make sure to let me know in the order notes where you want the signature (on the outside of the cello-wrap, on the tuck box, front or back, or inside the flap…).

Influenced by wood-cut techniques, the artwork is bold and vibrant with detailed Kings, Queens & Jacks and there is a subtle nod to familiar (standard) court faces in the direction each royal character is gazing.

The four Ace cards create a visual bridge between court and number cards; a transition from the detailed royal characters to the more stylised faces in profile depicted on the number cards. I worked within the shape of the traditional pips (heart, spade, diamond and club), giving colour and original detail to VIZAĜO’s number cards where even the direction of the faces contains subtle meaning:

Lumina (red) and Lumino (blue) are a name-play on light vs dark. Both decks have identical card faces, giving card backs and tuck boxes their moment to shine…  You receive a discount when you order both decks together: 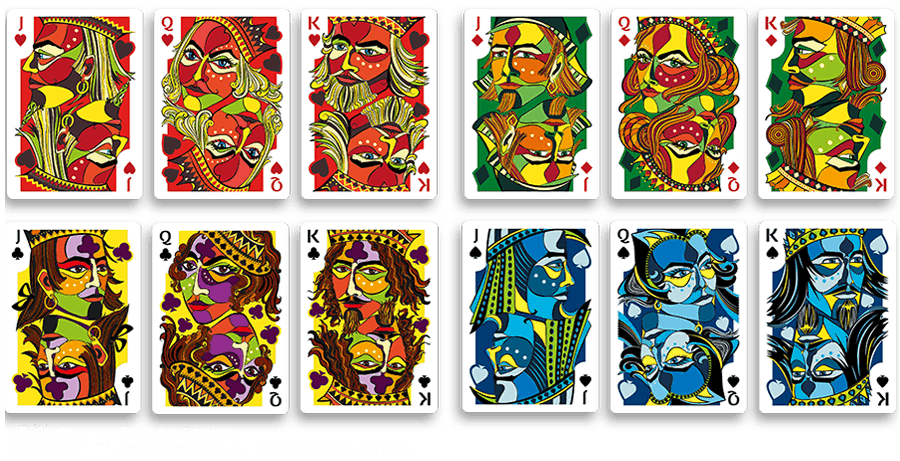 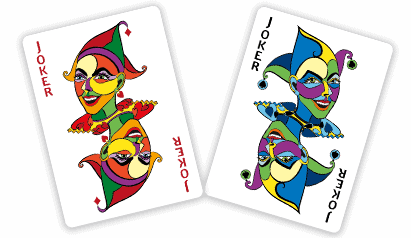 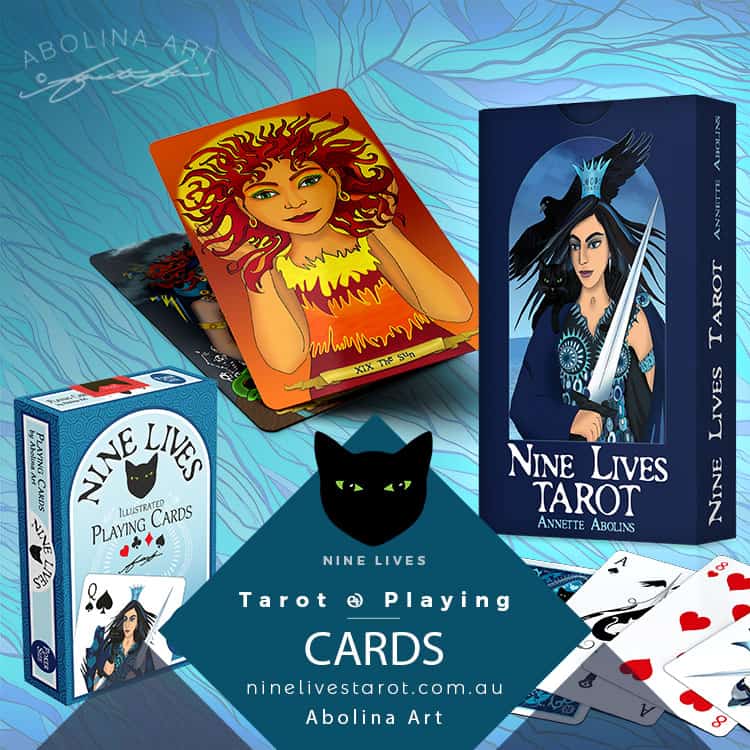 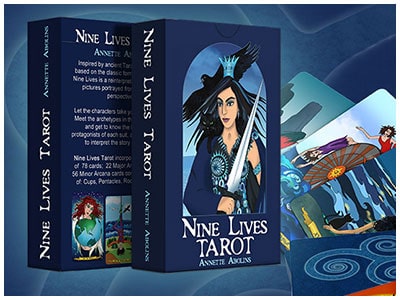 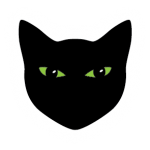 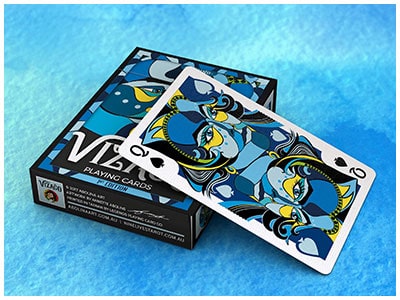